Fortnite’s New Impostors Mode Is an Among Us Rip-off

Fortnite has gained another new form of gameplay in its Impostors Mode. While you might be familiar with this sort of game mode if you have ever participated in a title like Werewolf or Mafia, it seems pretty obvious that Epic Games decided to make Impostors to get in on that sweet, sweet Among Us demographic. "How close could Epic Games have gotten to ripping-off Among Us?" you may ask; well even a cursory glance at the location known as Loot Control and comparing it to the maps of Among Us seems to indicate that they did so to a suspiciously high degree.

A History of Mimickry

This is hardly anything new for Epic Games. Despite the blazing success of Fortnite's battle royale gameplay mode, most people probably do not even remember how Fortnite started out as just a player-versus-environment game in the tower defence genre; the battle royale mode was added later on, for free, when titles like PlayerUnknown's Battlegrounds started to surge in popularity. In fact, Epic Games so closely mimicked the successful format of PUBG that a lawsuit was put forward but eventually settled out of court.

Regarding Innersloth, Among Us' Producer

With this new gameplay mode so heavily aping the game mechanics of a title like Among Us, an indie game which surged in popularity thanks in part to a lot of people having considerably more time to play games at home, you may wonder what, if any, uproar has been raised from Innersloth's direction regarding what might charitably be referred to as an homage on Epic's part.

Innersloth has always expressed an open willingness to collaborate with other game companies for crossovers, a trend that Fortnite does all of the time; Fortnite is one of the few games out there where Chun Li, of Capcom's Street Fighter fighting game franchise, can land a head shot against Thanos, one of the iconic villains of Marvel Entertainmment, with a gun, instead of her Kikosho, while some other avatar watches on looking like real-life Fortnite streamer Ninja. The big issue with crossovers is that each party gets a portion of any earnings from the endeavor and Epic Games would rather just copy the non-patented gameplay mechanics of Among Us and put them toward the goal of earning the company even more money without handing off a portion to other parties.

The new way to play Fortnite has groups of 4 to 10 people performing various tasks like fixing the Battle Bus, calibrating llamas and issuing reports to Storm. While 10 people are participating, two of these players are up to no good and tasked with sabotaging the efforts of the other players, to the point of ending the lives of the assembled members of the Imagined Order. If an Order members notices something is fishy with a certain player's actions, or legitimately sees one of the Impostors end a character's life, a meeting can be called, summoning all parties to The Bridge to talk things out.

While the role and abilities of Order agents have been explained, Impostors have three main goals. 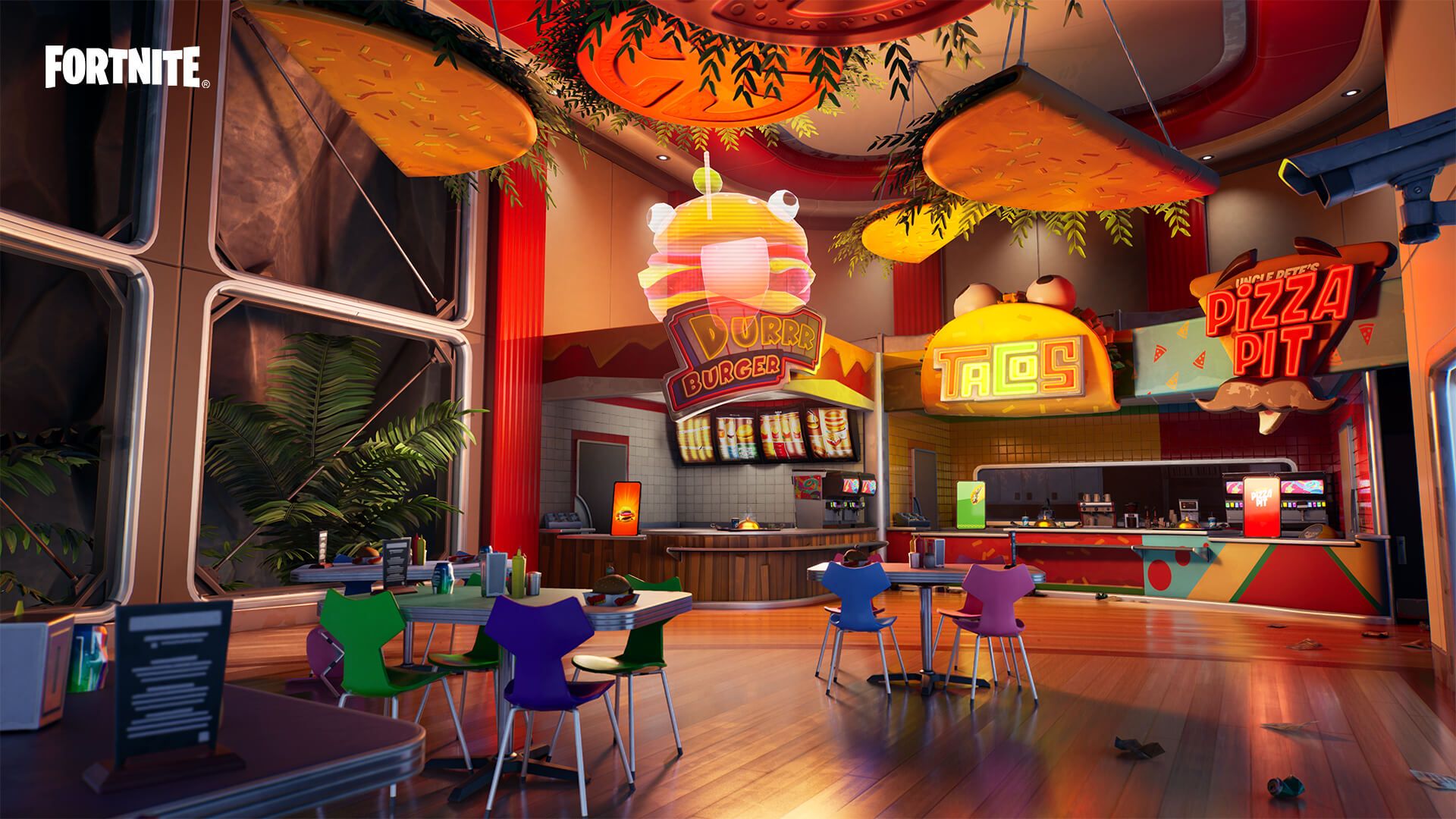 Play privacy can be broken up into three tiers.

Voting works just like in Among Us. Players hash out what's what with quick chat and emotes before casting ballots; the highest voted character is eliminated.

To Play or Not to Play

It's obvious Epic Games put an Among Us-style spin on the newly released Impostors Mode. The maps and gameplay are extremely similar, however, the fact that Epic couldn't come up with original terminology is the most ridiculous part. That being said, the popular video game company has a notorious track record for taking a little more than inspiration from other games. So, we shouldn't be that surprised. If you're a Fortnite fan, chances are you will give it a go. If you're an avid Among Us player, you will probably prefer to stick with the OG.

News Fortnite Epic Games Among Us