Who is Landfall Games

Landfall Games are royalty when it comes to physics-based gaming. With titles like Clustertruck and Totally Accurate Battle Simulator, they have made an impact in today's gaming culture. Their niche in physics based games came out of not having an animator working in the studio. However, since then they have earned the crowned reputation in the niche and continue to expand within their library of games.

Their games have a whacky appeal and sense of humor. Additionally, the Landfall team is very strategic in the way they build games. This includes the way they build their gaming framework so they can easily implement new features and tune the gameplay. 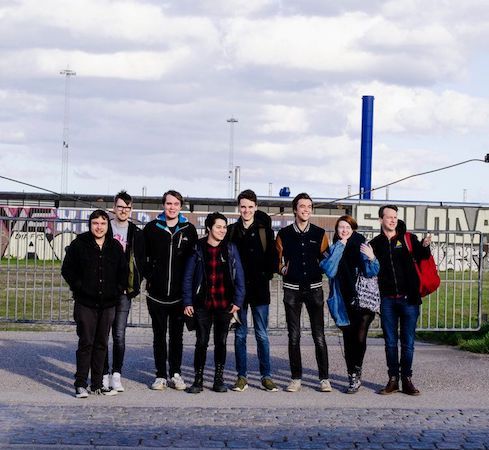 Landfall is known to have a great rapport and communication with their fans. Their close-knit communication seems to pay off for production by enabling them to quickly develop what their fans want.

"Landfall was founded in 2015 and based in Stockholm Sweden. Philip and Wilhelm started developing the studio's first game Air Brawl together in high school. The game showed promise and was nominated to Sweden Game Awards in 2014. Wilhelm decided to not go to college but instead live at home to complete the game. Roughly a year later Air Brawl hit Steam Early Access making it possible for Philip and later Petter to quit their other activities and join Wilhelm at Landfall. The trio then set out to develop Clustertruck with the help of Karl Flodin on sound and music. Clustertruck was released in September 2016 and was a huge hit for the young developers making it possible to expand the studio even further."~Landfall

TABS is their first creation originally developed over a Game Jam. Landfall considers the way they approach development kind of random. TABS does take on a rag doll-like look but the game actually is highly organized and controlled.  The team places a lot of thought into development - this includes math and scripting for the game.

The entire game is unique in gameplay but runs off a similar engine as TABS. Leap and jump from truck to truck and make it to the end. Surrounded by bad drivers you must survive a Hollywood like environment where you can share and brows custom maps.

Stick Fight is a hilarious game filled with stupid stickmen forced into combat. These colorful characters are simple yet a little clumsy when defending themselves.