Secret Neighbor Alpha - Everything You Need to Know

If you haven't heard already the Secret Neighbor Alpha Sign up is available. tinyBuild originally teased about the future release of Secret Neighbor during E3 this past summer. Unfortunately, fans were left in a lurch not actually knowing when the exact release date would be. However, the uncertainty is over. Alex Nichiporchik of tinyBuild officially told fans on Discord that Halloween October 31st, 2018 will be the official release.

One of the wackiest ways to announce a new game is by holding your own press release. Not to mention, additional song and dance numbers to top it off. Check out the video below.

Secret Neighbor Alpha is a story of five kids who break into our favorite neighbor's home. What they don't know is that one of them is the neighbor. Furthermore, within the multiplayer game, the player that's the neighbor must take each kid down before they find the key to the basement.

What makes the game top notch is the ability for co-op voice chat. players can simultaneously communicate with each other including the secret neighbor. Additionally, players can interact with almost every object in the game giving each level more depth in gameplay.

Signing up is simple. Head over to the official Secret Neighbor website and click on the link available in the top left corner. Moreover, we encourage fans to sign up as soon as possible as it's unknown if the alpha has a sign-up limit or not.

Players will definitely get their fill of treats and surprises this Halloween. Furthermore, with improved additions like we see in secret neighbor, we are sure to see similar additions like these in the future. Finally, let us know what you think in the comments below, we look forward to playing with you all. 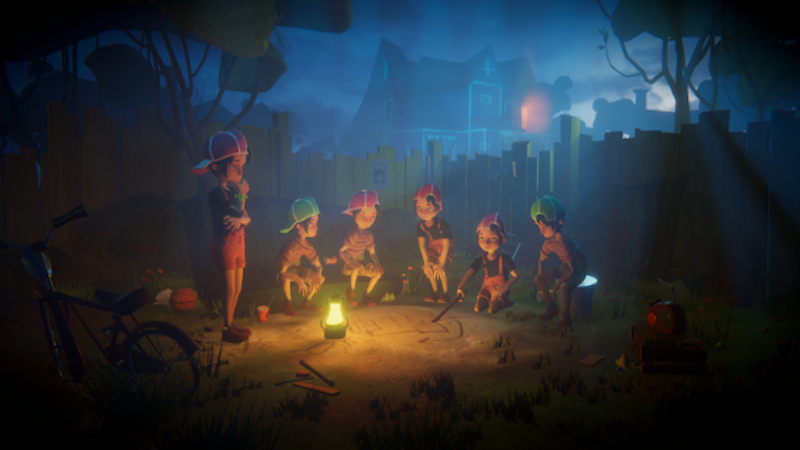 The Best Gaming Laptops of 2022